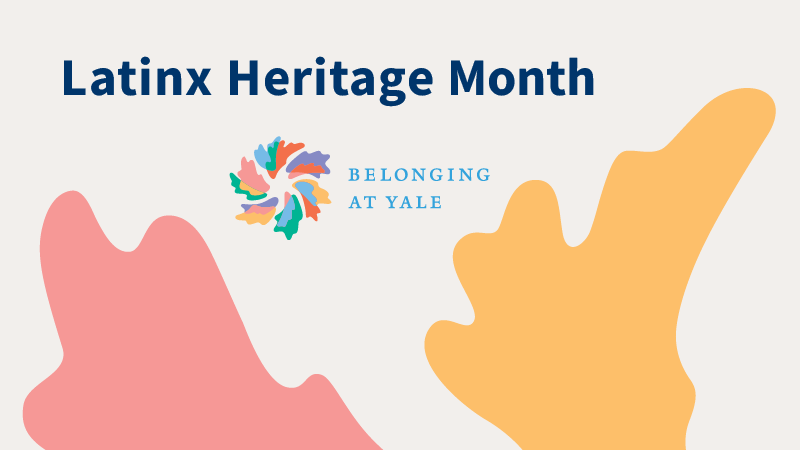 From September 15 – October 15, Yale celebrates Latinx Heritage Month, in honor of community members with ancestry from Latin America, inclusive of all races and genders. Explore the many groups, events, media, and other opportunities that celebrate our colleagues and classmates.

Community members may celebrate other cultural and religious observances in September. Have we missed something?  Please let us know.

Mojada, A Medea in Los Angeles, Yale Repertory Theater
From March 10-April 1, 2023 Yale Repertory Theater will present the story of Medea, a Mexican seamstress of extraordinary skill, who barely survived the perilous border crossing into the United States and lives uneasily in a borrowed Los Angeles house with her husband Hason and their young son Acan: the tension between their traditional values and assimilation is a matter of life and death. Blending wry humor, tragedy, and mysticism, Mojada unleashes the power of Euripides’ ancient tale through an unforgettable story of an undocumented family caught in the grip of the American immigration system. Tickets are available on the Yale Repertory Theater website.

Inaugural Henry Moore Foundation Artist in Residence - Cristóbal Gracia, Yale Center for British Art
The Henry Moore Foundation (HMF) and the Yale Center for British Art (YCBA) have partnered to award an annual monthlong residency to a current MFA student or recent MFA graduate of the Yale School of Art with an interest in the life and work of Henry Moore. Cristóbal Gracia, who received his degree in sculpture in May 2022, has been selected as the first resident. His term began in June 2022. 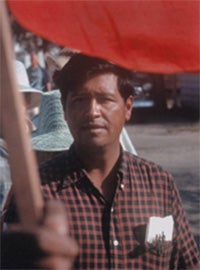 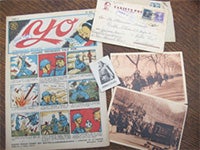 Yale Library’s Latin American collections are particularly notable for historical, political and economic materials   relating to México and Perú. One notable example in the Beinecke Library is the Codex Reese, a 16th-century map that records agricultural holdings within a colonial jurisdiction of Mexico City. The map contains a wealth of  information about the region’s indigenous people and charts political authority, time, and the condition of sixteenth century New Spain.

The Yale Collection of Western Americana is acclaimed for its coverage of early Hispanic exploration and settlement in the West. The collection includes copies of nearly all the works described in Henry Wagner’s monumental bibliography, The Spanish Southwest: 1542–1795; many of the titles are represented by multiple editions that permit scholars to trace their social and cultural impact over time. The collection also contains hundreds of Mexican imprints that document the end of the colonial era and the efforts of the Mexican republic to develop its northern provinces, including Texas, New Mexico, Arizona, and California.

Included among a vast collection of paintings, prints, and slides in the Beinecke’s collection are Richard Erdoes’ (1912-2008) depictions of 17th- century Hispanic southwest. Search the Library’s digital collections for additional objects created by, or depicting, the Latinx community.

Best known as the diva of the world-famous Buena Vista Social Club, Omara Portuondo has been continually performing, recording, and touring for over 70 years, and at the age of 91, she has started her final world tour. The documentary “OMARA”, written and directed by Hugo Perez, YC ’93 provides an in-depth look into the life and seven decades long career of one of Cuba’s biggest stars.

Brazilian Concert: The Music of Pixinghinha & Reception
September 24, 4-6:30 pm, Henry R. Luce Hall, Room 101 (Auditorium)
The Council on Latin American & Iberian Studies at the MacMillan Center invites you to the concert of the renowned Brazilian musicians Rogerio Souza and Stephen Guerra, who will perform the compositions of the beloved father of Brazilian popular music, Pixinghinha (1897-1973). After the concert, please join us for a reception.

Noche Latina
Saturday, September 24, 6 pm, Reese Stadium, Yale Bowl Complex, 75 Central Ave
Yale Athletics is hosting their annual Noche Latina Night in celebration of Latin Heritage Month. Join us at the women’s soccer game on Saturday, September 24, at 7pm, at Reese Stadium. The evening includes free t-shirts and tacos for the first 150 fans. Admission and parking are free. Stop by the Yale Latino Networking Group table to meet our members and for free swag! You’re also welcome to sit with us during the game, look for our YLNG banner.

¡Fiesta Latina! is the Yale Peabody Museum’s long-standing community celebration of traditional and contemporary Latin American cultures. Co-founded and co-hosted with Junta for Progressive Action, this annual festival brings together artists, scholars, musicians, scientists, and community leaders from across Yale and New Haven. Visitors enjoy music and dance performances while learning from and honoring the perspectives and accomplishments of the Latin American diaspora.

¡Fiesta Latina! centers on the work of the many local organizations in New Haven and across Connecticut addressing issues ranging from environmental justice to community economic development.

Somos Latinx Families
Every other Monday, from September 19-November 28, 2022, 3 - 4:30 pm EST
A free webinar series offers a safe and welcoming space to hold conversations for and by Latinx families. Topics include exploring what it means to be a parent as part of the Latinx community, raising Latinx children while navigating U.S. mainstream cultures, and connecting Latinx cultural identities to physical and mental health.

Alisa Bowens-Mercado is the Founder, CEO, and Brewmaster of Rhythm Brewing Co. Affectionately known as “Lady Lager”, she made history by becoming the first African American, woman-owned beer brand in the state of Connecticut (4th in the Country).

Brazilian Jazz Performance with Isabella Mendes
October 3, 12-12:45 pm
Isabella Mendes, a native of São Paulo whose work is rooted in Brazilian jazz and bossa nova, will perform for the Yale community as part of the Latinx Heritage Month. She will share music, history, and culture, and hold a short Q&A at the end. This event is co-sponsored by the Yale Latino Networking Group and Yale Recovery Latino Colective.

Singer, songwriter, composer, pianist, and educator Isabella Mendes is quickly becoming one of New Haven and Hartford County’s top Brazilian and Jazz entertainers in the industry and has earned an impressive list of accomplishments well beyond her years. Born in Sao Paulo, Brazil, Isabella started to study music at age four and hasn’t stopped since. She has been studying with Grammy Winner pianist Fabio Torres and Emmy Winner vocalist Michal Towber. Isabella is also a leader in education, studying at Carnegie Hall as part of the Music Educators program. She is the founder and teacher of IMMusic Studio, a private music school, where she teaches piano and voice. She is an advocate for women and diversity in the arts and is leading workshops bringing diversity through music in schools and community events.

As part of the Hispanic Heritage Month, the Future Leaders of Yale and Yale Latino Networking Group are collaborating with Yale Tango Club (YTC) for a special tango event featuring tango dance performances by YTC members, a FREE introductory tango class and social tango dancing! Refreshments will be served.

This is a chance to experience the magic of tango in a relaxed and fun environment and see if you want to sign up for regular tango classes over the semester. No prior dance experience or partner is required. Come dance with us and get to know our very welcoming, vibrant and diverse tango community! You can find out more about YTC at @yaletangoclub on Instagram and on yaletangoclub.com.

New Hire Welcome Event: Café Con Leche
Tuesday, October 4 | 11:30 am - 12:30 pm | Blue State Coffee: 84 Wall Street, 320 Congress Avenue, or 276 York Street
All new employees are invited to join us for coffee or tea – on us! – at one of three Blue State Coffee locations. Meet the Yale Latino Networking Group co-chairs, learn more about upcoming events, and how you can get involved. We look forward to meeting you.

Peru, A Diverse Country: A Perspective from the Amazon Region
Tuesday, October 4 | 5-6 pm | Zoom
Peru is gifted with natural diversity, micro-climates can coincide within meters of each other. From the coast, through the Anden region, extending to the origin of the Amazon rainforest it offers the perfect home to a cornucopia of natural, cultural, artistic, and gastronomic wealth. For this year’s Hispanic Heritage Month, we invite you to discover Peru, standing from the Amazonian perspective.

Café Con Leche
Wednesday, October 5 | Coffee & Pastries 11:30 am – 12:30 pm, Trivia 1-2 pm
Take a coffee break with the Yale Latino Networking Group, Yale Black Postdoctoral Association, and Yale Postdoctoral Association Racial Justice Subcommittee in honor of Hispanic Heritage Month 2022. Join us for a hybrid meet and greet, fun conversation, and trivia! The first 30 people to register can pick up a free cup of coffee and sweet treat from a local Latinx-owned bakery! Coffee and pastries will be available for pickup at 11:30 am - 12:30 pm from Yale School of Medicine & Science Hill campuses. Trivia will be from 1:30-2:30 pm.

My Story (Stories about Belonging)

Belonging at Yale – My Story
Each member of our community—Yale students, faculty, staff, and alumni—has a story to tell, one more fascinating than the next. All community members, including Latinx community members during this month-long celebration, are invited to tell their stories by reflecting on a time when they did or did not feel like they belonged, either at Yale or in the world. Submissions are in and our editorial team has selected the stories that are online and applied some light editing when needed. We have posted the stories in a “story map” as a way of promoting understanding and creating a community of belonging at Yale. Please explore the story map and add your narrative to this new digital library.

La Casa Cultural de Julia de Burgos, affectionately known as La Casa, is the Latino Cultural Center at Yale. Established at its current location in 1977, La Casa provides a home away from home for Latinx students at Yale. Within the three-story, 19th-century red brick house, students socialize, plan activities, cook together in a fully equipped kitchen, discuss Latinx and Latin American issues at events featuring visiting scholars and practitioners, and in general come together to create a warm and robust community. Students who visit the center a greeted by two building murals; enjoy an ever-expanding library of books and resource materials on Latinx and Latin American topics, including access to computers; access a kitchen to cook meals and enjoy snacks; use a large multipurpose room and study spaces; enjoy a variety of art displays and student exhibits. The center is also open to New Haven community members, like the Literacy Volunteers of Greater New Haven, and their community-based ESL programs for non-English speakers.