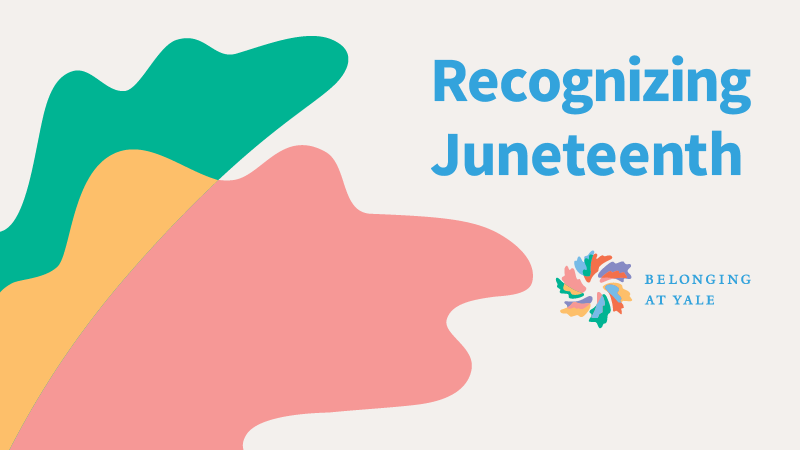 Juneteenth (short for “June Nineteenth”) is the oldest nationally celebrated commemoration of the ending of slavery in the United States. Learn about the history of Juneteenth and explore events, media, and other opportunities to educate ourselves and continue the fight for justice.

President Peter Salovey recently announced that Yale will be closed for a day of rememberance on June 20. Additional resources were also shared in Yale News article.

Community members may celebrate other cultural and religious observances in June, including Pride Month. Have we missed something? Please let us know. 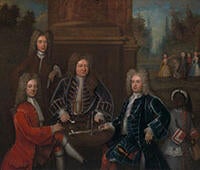 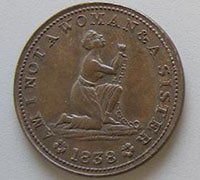 Sacred Earth: An Art Exhibit on Creation, Faith, and Human Responsibility, June 17-26, with an opening on June 17, 5-7 pm
Wtihin the nave of New Haven’s Trinity Church on the Green, visitors will have the opportunity to attend an art show opening followed by a performance of Ekklesia Ballet’s dance and poetry reading work titled “Body and Land.”

Department of African American Studies - Faculty Publications and Productions
Access a list of publications and productions developed by Yale Faculty, including Jonathan Holloway’s Jim Crow Wisdom: Memory and Identity in Black America Since 1940, Elijah Anderson’s Black in White Space: The Enduring Impact of Color on Everyday Life, David Blight’s Fredrick Douglass: Prophet of Freedom, and many others. 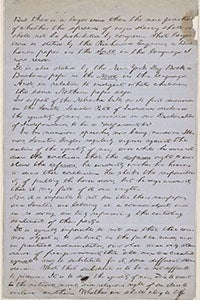 Open Yale Courses (OYC)
OYC provides lectures and other materials from selected Yale College courses to the public free of charge via the Internet. The courses span the full range of liberal arts disciplines, including humanities, social sciences, and physical and biological sciences. Explore the following courses that include themes about slavery and emancipation:

YAAA Book Club Discussion - On Juneteenth
Tuesday, June 14, noon - 1 pm
Join the Yale African American Affinity Group for a book club discussion of On Juneteenth by Annette Gordon-Reed. Weaving together American history, dramatic family chronicle, and searing episodes of memoir, Annette Gordon-Reed’s On Juneteenth provides a historian’s view of the country’s long road to Juneteenth, recounting both its origins in Texas and the enormous hardships that African-Americans have endured in the century since, from Reconstruction through Jim Crow and beyond.

We hold these truths…Declaration of Independence, Life of William Grimes, Declaration of Sentiments, and Frederick Douglass’s 1852 Oration
June 17-July 17, 2022
The Beinecke Library marks the 246th anniversary of the nation’s founding with a special display of vital documents of United States history from Yale Library special collections.

Kiyama Movement
June 17, noon -1 pm
Join the Yale African American Affinity Group as it explores the Kiyama Movement’s primary focus and purpose for black males. Founder and CEO Michael A. Jefferson Esq. will discuss the principles and 5 steps to creating a better society throughout the world starting with individual improvement.

Juneteenth New Haven! Revival of Cultural, Personal, and Social Wellness
Saturday, June 18, noon - 6:00 pm
The Office of Diversity and Inclusion is sponsoring their Sixth Annual Juneteenth Event at the CT Violence Intervention Program located at 230 Ashmun Street. The Harlem Renaissance is the inspiration of this year’s theme.

Juneteenth 2022
Saturday, June 18 to Sunday, June 19
Participate in a series of Juneteenth events sponsored by the International Festival of Arts, including a performance by “Full Circle” (gospel singers and African dancers and drummers), Juneteenth Village, a Juneteenth bike ride, and more.

Juneteenth at Pardee-Morris House
June 19, noon - 2:30 pm with tours until 4 pm
As the New Haven Museum celebrates Juneteenth 2022, Dennis Culliton, the founder and executive director of the Witness Stones Project, will visit the Pardee-Morris House to inform visitors of the lives of Pink and Stepna, two enslaved individuals who are now memorialized with Witness Stones at the historic site, on Sunday, June 19, 2022, from 12 – 2:30 p.m. The historic site will remain open for free tours until 4 PM.

Sickle Cell in Connecticut
June 29, noon - 1pm
Join the Yale African American Affinity Group for a discussion with the President & CEO of Sickle Cell Disease Association of America/Michelle’s House about the history and updates of a disease that affects the black and brown communities globally.

Readings of the Declaration of Independence and Frederick Douglass’s 1852 Oration
July 5, 4-5:30 pm
To mark Independence Day 2022, the Beinecke Library will renew the tradition of public readings on the library mezzanine of the Declaration of Independence of July 4, 1776, and of the oration by Frederick Douglass given on July 5, 1852, in Rochester, New York, in which he asked: “What, to the American slave, is your Fourth of July?” These readings will be accompanied by an exhibition of the first editions of both works, providing an opportunity to consider how their powerful words were put on paper to be shared across and beyond the United States. Visit the Beinecke Library website for more information.

Films and Other Media

Belonging at Yale Juneteenth Resources
Secretary and Vice President for University Life Kimberly Goff-Crews shares learning resources to watch, listen to, and read. Some of the content was originally compiled by Webflow. The material will be familiar to some readers, new to others, and, it is hoped, inspiring to all.

Afro-American Cultural Center
The Afro-American Cultural Center at Yale University (affectionately called “the House”) was established in the fall of 1969 after the rise of issues surrounding race and civil unrest at Yale and throughout the New Haven community. Due to the increased number of Black students and the rising social consciousness of the 1960s, Yale students rallied to create a space in which Black students and members of the community could convene for social and political means.

The Program in Race, Ethnicity, and Migration (ER&M)
This program enables students to engage in the interdisciplinary and comparative study of forces that have created a multicultural, multiethnic, and multiracial world.

A Proclamation on Juneteenth Day of Observance, 2021, The White House
This procolmation was written on June 18, 2021 by Joseph R. Biden Jr., and includes additional links to his remarks at the signing of the Juneteenth Independence Day Act, and more.

The Yale & Slavery Research Project
The Yale and Slavery Working Group (YSWG) is focused on a deep and thorough investigation of Yale’s historic involvement and associations with slavery and its aftermath. The findings will help build a clearer and more comprehensive history of Yale and contribute to the scholarship on slavery and abolition more broadly.

Yale and Slavery Working Group
Meet the members of the Group and learn about their charge: to investigate Yale’s historic entanglements and associations with slavery, the slave trade, and abolition.