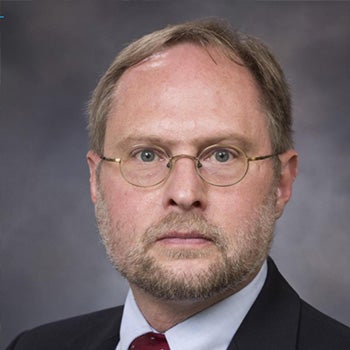 Andrew Newman, Director of Enterprise Architecture, ITS, has been at Yale for three and a half decades and has learned a thing or two along the way about systems management, software development, networking, security, and project oversight. Although his job title and responsibilities may have changed over time, his sense of humor has most certainly remained intact. Andy recently shared his story and humor with us as we chatted about his career path, his trendsetting hobbies, the best advice he’s ever received, and the pros and cons of working from home during the pandemic.

Where did you grow up?
I grew up in a town of 2,000 residents called Berwick, Maine. Our only industry was a large leather tannery. We were the only Jewish family in town, and while I am immensely proud of my Jewish heritage, it seemed wise to keep a bit of a low profile when I was a child. One day my father came home with a big grin on his face and announced, “Good news! I just got the lead role in the amateur playhouse’s summer production. I’m going to play Tevye in Fiddler on the Roof!” So much for a low profile.

What was your very first job?
I worked as a fry chef and later a waiter at a seafood restaurant in Ogunquit, Maine. Preparing and serving food to tourists teaches you a lot about human nature.

How long have you been at Yale? How did you get started here, and how did you end up in your current role?
I have been at Yale now since 1986. I started supporting a cluster of minicomputers designed to serve the hard sciences. At the time, the Yale Computer Center (YCC) was primarily supporting social scientists with statistical software that ran on a mainframe. My transition to my current role was a gradual one. Over the years, I acquired new skills and experience in systems management, software development, networking, security, and project oversight. Eventually, I found my way into a supervisory role responsible for a small group called Technology & Planning. Our group provided IT solutions that combined several different areas of expertise and working in the area of IT architecture was a natural extension of that.

How has the COVID pandemic impacted your work?
The transition was quite easy, but I miss the face-to-face meetings and the stimulating “curbside consultation” with my colleagues. On the plus side, I’m saving a lot of money on pants.

What’s your favorite part about working at Yale or your best Yale memory?
I can’t think of a “best” Yale memory, but one that sticks in my mind was when I partnered with a researcher from IBM. IBM Corporation had donated a high-speed network switch to Yale. It had a novel design, but there was no software to make it work. My IBM counterpart and I co-authored the necessary software from the design specifications, and he drove to Yale to help me install it. We were working in one of Yale’s machine rooms. Once we installed the software, we ran some performance tests. As we added new computers, the performance remained absolutely flat with no degradation. I had this big smile on my face, and when I looked up, my co-author did as well. “Nothing to do now but collect a few hours of statistics. Let’s get a pizza”, he suggested. As we opened the machine room door, a gentleman was waxing in the hallway. “You can’t leave,” he told us. “For how long?” I asked. “At least 2 hours”, was the response. I thought for a minute and then told him, “Well, in that case, I’m afraid you can’t come in here either.” He looked at me, realized how silly the request was, and motioned for us to cross the waxed floor quickly. “When are you coming back?” he asked. I told him at least 2 hours.

What is the best advice you’ve ever received?
The best advice I received was from my long-time colleague Joe Paolillo. Many years ago, he told me, “At times you are going to be asked to do something you either don’t want to do, don’t like doing, or believe isn’t your job. Before you respond, consider what the overall likelihood is that you will end up doing it anyway. If it’s likely you will, always respond with the utmost enthusiasm, energy, and delight about the upcoming task. Remember, you are going to have to do it anyway. Might as well be nice about it.”

We hear you have some interesting hobbies. Can you share what those are?
My interesting hobbies were actually only interesting for some time before everyone started doing them. For instance, I started brewing beer before the hobby was anywhere near as popular as it is now. I became involved in brewing beer because (to quote a U.S. Supreme Court member) I like beer. Probably my strangest hobbies include repairing old typewriters and fountain pens. I do this as a form of therapy since I spend many hours every week communicating via computer.

What are three fun facts about you that your colleagues might not know?