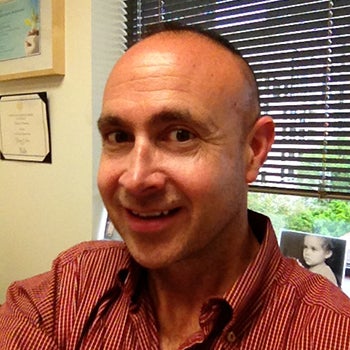 Thomas Downing knows a ton about building energy use. He spends a significant part of his working life tracking the amount of energy usage for Yale’s buildings. Throughout campus, there are hundreds of meters, and monthly all that data is accessed electronically. When Tom, a Senior Energy Engineer, isn’t mining all those numbers, he also works on special projects focused on sustainability and energy savings. Ten years ago, he was part of the team that worked to design the operating systems for both Benjamin Franklin and Pauli Murray Colleges.

“Yale decided in 2005 that all new buildings and renovations were going to be LEED certified* (Leadership in Energy and Environmental Design), meeting a certain energy criterion,” says Tom.” “The commitment was for Gold Certification. When designing those colleges, we used that framework as a goal.” Tom goes on to point out that “to acquire low-energy use, we looked at efficient lighting, low-flow water fixtures, high-efficiency windows, and using native plantings to minimize storm runoff. But the main energy savings came from the large geothermal system that now heats and cools those buildings.”

The system involved installing 48, 300’ deep wells under both colleges. The wells reach down to bedrock, where water temperatures hover around 13 degrees Celsius (55 degrees Fahrenheit). Groundwater is pumped up and its thermal energy extracted, then intensified by ground-source heat pumps. Once the water has performed its heating (or, in summer, cooling) function, it is returned to the same wells. This geothermal system uses 30-50% less energy than traditional heating or cooling systems, which need oil, gas, or electricity to run.

At Yale since 2002, Tom has a B.S. in Engineering from the University of Connecticut and a CT Professional Engineering (PE) license. Tom was the first Yale employee to be a LEED accredited professional. He lives in Killingworth with his wife and children and talked to us via Zoom about this project, Yale’s strong commitment to sustainability, and what individuals can do at home to save energy.

How do you feel your work or this project has helped contribute to Yale’s climate goals?

By putting in the geothermal systems in both Franklin and Murray, we cut nearly in half the energy needed from the campus power plants to heat and cool those buildings. Energy from the power plants is generated using primarily natural gas, so we considerably lowered the carbon footprint and emissions for those two buildings. This installation offset about 50% of all the cooling needs and 30% of Franklin and Murray’s heating needs. On average, these two colleges use 35% less energy than the other Yale colleges.

What role have you played/what role has your department played?

My department, including Anthony Kosior, Director of Facilities Operations and Engineering and Sam Olmstead, Director of Utilities, worked directly with Facilities Planning and Construction, the architects, and design consultants to create and advocate for the geothermal system and assist with conceptual design.

What makes you excited about Yale’s commitment to sustainability?

I think it is great to see that Yale is willing to spend money and put effort into something that is very worthwhile for today and the future. In my opinion, Yale made a massive commitment to green energy when they designed and built those two colleges. And I’m proud that I was part of it.

Why do think Yale’s sustainability goals are important?

I think it’s important that the University has a stretch goal to see what is possible. If our goal had been 10% energy reduction, that would have been too easy. But setting the bar so much higher pushed us to look at the best systems and technologies to reach 30-40% reductions. Yale leadership (at the time under President Richard Levin) allowed the team to be creative and enabled us to develop something that didn’t exist before. This system is a true hybrid; it’s not a stand-alone unit, but works in conjunction with our power plants. This hadn’t been done before, and we got it right.

Any future potential for geothermal in other buildings around campus?

Absolutely. Aggressive energy efficiency should be considered in all new construction. For any current buildings, that’s a little tougher. If a building has a yard or some acreage, you might be able to sink a few wells, but it’s best to plan before a foundation is built. But nothing is impossible. Perhaps on Hillhouse Avenue or out at West Campus. There is a study going on right now looking at the possibility of geothermal at West Campus—fingers crossed.

Any recommendations for how readers can help conserve energy at Yale or at home?

Yes, some straightforward stuff can save a lot of energy and lower your carbon footprint. At work or home, shut off lights when not using them or in an unoccupied space. During summertime, turn down the AC when no one is in the home or in the building. Likewise, in winter, turn down the heat just a few degrees, it makes a big difference in your energy bill and lowering emissions. When possible, purchase Energy Star rated products. Also strongly consider using LED lights. The technology is now very robust, and LEDs last longer and use a fraction of the energy that traditional bulbs use.