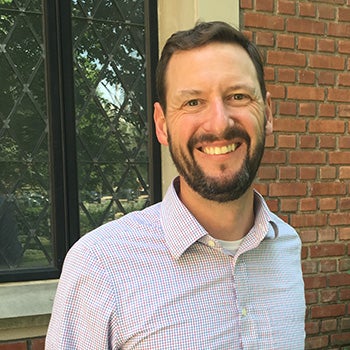 Built in 1918, the Central Power Plant (CPP) provides steam heat and power to many Yale buildings— from Science Hill to Old Campus. The Sterling Power Plant (SPP), built in 1923, provides steam, chilled water, and power to the Medical School campus. Throughout the last century, both facilities have been modified many times, most recently to convert them into cogeneration (cogen) plants.

In a cogen plant, power is generated by natural gas-fired turbines at both plants while recovering waste heat with steam boilers. The waste heat generated from these boilers is used to make steam for heating and driving equipment that produces chilled water. This cogen system, also known as combined heat and power, produces both electricity and steam from the same input of fuel—and, in doing so, cuts greenhouse gas emissions drastically.

New technologies continue to drive changes and upgrades at both plants. While the CPP had cogen equipment installed in the 1990s, the SPP was converted in 2007. In the late 2000s, the CPP expanded to include new high-efficient, low-emissions boilers. Then, in 2017, CPP’s aging turbines were replaced with new, more efficient, and reliable natural gas turbines in conjunction with a complete upgrade of the plant’s control system.

Upgrading the SPP was challenging because there was not a lot of space to add new equipment. The project team found a spot under the plant where a large cold-water storage tank, installed in the 1980s, sat. Once the tank was drained—it held over three million gallons of water—that space was big enough to support the new cogen facility, which was built below grade. Fresh air is needed for the turbines, so a brick enclosure was built over the facility to support the smokestacks. The project took about four years to complete. Today, the SPP provides the School of Medicine with up to 100% of its heating, cooling, and chilled water.

Samuel Olmstead, Director of Utilities, a 17-year Yale veteran, was involved in the power-plant upgrades. Recently, he talked to us about the SPP project.

How do you feel your work (or the highlighted project) has helped contribute to Yale’s climate goals?
When we first converted Sterling, we estimated it would save about 30,000 metric tons of carbon emissions each year. In the early years after the conversion, we hit our mark. Those numbers are a bit lower now, but this savings impacts the local power grid. Currently, New England’s power grid is very clean relative to the rest of the country. So, when we have to buy some power, what we are getting is much greener than ten years ago. Our power plants are very clean with respect to other emitted pollutants beyond greenhouse gas emissions. The Central Plant went through an environmental review and we learned it has cleaner electrical generations. Overall, we’ve had a small, but very positive impact on air quality in New Haven.

What role have you played/what role has your department played?
I was on the project team that worked to convert the Sterling Power Plant to a cogen plant. My particular focus was on project planning, financial review, and sustainability analysis. Also, I represented Yale Utilities during the engineering and construction phase, ensuring that Yale’s construction and performance standards were met. Over the past decade, we’ve had great performance from that plant. The university has been able to offset a significant amount of greenhouse gases. During Hurricane Sandy, we were entirely off the local electrical grid and ran without issue on our own power. I would say that the project has turned out very well.

What makes you excited about Yale’s commitment to sustainability?
I have four kids, and I would like the environment to be better and more stable long term for them. Yale has been a leader in sustainable initiatives since I’ve been here and has continued increasing focus on more sustainable practices in utilities and facilities. Being sustainable is part of everything we do here; it’s part of every conversation. It feels good to know that my job has a positive impact on the world.

Why do think Yale’s sustainability goals are important?
Yale is a world leader in research. I feel that Yale is also a leader in utility operations. We get many people from peer institutions asking what we are doing and how it is working. We have looked at lots of different areas to share what we’ve done and what we’ve learned. We want to help other people benefit from our experience, and I enjoy that about my job.

What’s next?
We are always looking at new technologies. A recent area of focus is— how to efficiently provide heating with electricity called campus electrification. We are looking at electric-driven heat pumps and if they can be used on a large scale here at Yale. If we can use these heat pumps to provide heating and cooling simultaneously, that would be very efficient, along with expanding technology like geothermal heat/cooling currently used at the two new colleges. And Yale Utilities and the power plants could play a big part in the process. We are fortunate to have a great team of highly-trained personnel who operate all the equipment and keep things running. Our team is excited to be looking at this new way of heating and cooling the campus. Can we scale up this technology in other areas? We are looking at what can be upgraded in the next 5 to 10 years. Stay tuned.