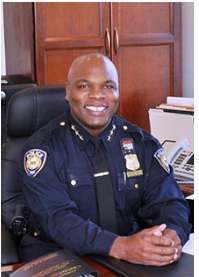 To the Yale Community:

On behalf of the men and women in Public Safety at Yale, I am pleased to provide the updated annual Yale University Annual Security and Fire Safety Report and share that crime on campus in 2016 was reduced to the lowest levels since 1985.  We are grateful for your partnership and support in keeping the campus safe.

The University’s commitment to maintaining safety can be seen in the daily work of the uniformed Yale police officers who patrol campus and have full police powers, and in the presence of uniformed security officers who manage the access controls to campus buildings, oversee the University’s alarm systems, provide security escorts and rides, and maintain safety in and around campus buildings.  Yale has an extensive system of “blue light” emergency phones, door-to-door safe rides at night, and fixed-route shuttles throughout the day.  In addition, the Yale and New Haven Police work together to solve problems and advance the city’s community policing initiatives for New Haven and Yale.

Suggestions for helping to keep campus safe include:

– Pay attention, don’t be distracted. This sounds obvious, but you’d be surprised how often this advice is ignored.  Quite a number of crimes we see involve people who were “Digitally Distracted”; talking, texting or listening to music while walking, and generally unaware of their surroundings.

- Drivers, please respect crosswalks and all laws; pedestrians, please cross with the light, at crosswalks, and do not jay-walk.

– Don’t display cash or your cell phone on the street. Cell phones and other digital devices that are visible are top targets for thieves. Set the “find my phone” app if you have an iPhone.

– Lock your room or apartment doors. We often hear that a laptop has been stolen after someone left their door unlocked for “just a minute.”

– Lock your bike! The YPD recommends the use of U-shaped Kryptonite locks.

A little action on your part will go a long way towards preventing crime. In addition, you can assist us in maintaining a safe campus environment by reporting suspicious activity to the Yale Police by calling us at 203-432-4400. In an emergency, call 911.

Ronnell A. Higgins
Director of Public Safety and Chief of Police