More than 200 Yale Hospitality employees gathered together at the Yale Art Gallery Auditorium on August 21, to learn more about growth across the University and Yale Hospitality. Executive Director, Schwarzman Center, Garth Ross shared his thoughts about the future of the Schwarzman Center, while Senior Vice President, Jack Callahan provided a wholistic view of progress at the University.  In addition, the meeting covered the transition of roles for Bob Sullivan and Adam Millman, and of course, what the future of Yale Hospitality holds from our leader, Rafi Taherian.

For the afternoon, staff headed over to Yale on York for a delicious meal at Davenport College. After enjoying incredible food, the competition started heating up – over the Cornhole Tournament, that is. More than 32 teams took part in the tournament. Those who didn’t enjoyed Giant Jenga, Giant Connect Four, or one of the numerous board games provided. The energy in the room was contagious and it showed that Yale Hospitality  was amped up for another amazing year! 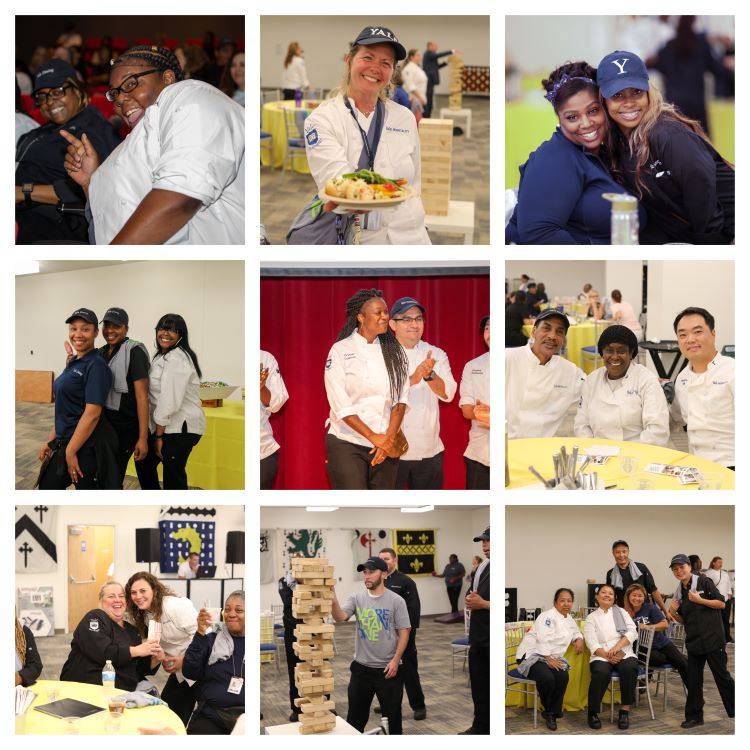