Students gathered on Old Campus in mid-October for the annual Fall Harvest Festival. It was incredible event hosted by Yale Hospitality, and hailed by many as the best one yet. Eleven of the fourteen colleges residential colleges offering up their own fall flavored fare.

The Hopper Poppers (mini-donuts) offered up a sweet treat while the JE crew offered something warm (hot chocolate and cider) to wash them down with. The team from Berkeley offered extra healthy veggie snacks while Trumbull served up traditional chicken shawarma on fluffy pita bread. The TD troop offered some down-home cooking with their Mac Attack (macaroni & cheese) and the team from Murray whipped up an airy sweet potato tart finished with toasted mini marshmallows. For a lighter fare, students headed over to Pierson’s tent for their tasty ten ingredient fried rice. For something a little sweet, savory, and spicy, students enjoyed Silliman’s pumpkin chili or Branford’s delectable corn chowder. If that wasn’t enough, the artisans of Franklin paired pulled pork with cole slaw in a waffle cone and Saybrook finished it all off with warm apple crisp over sweet vanilla ice cream.

Below are a few photos of Hospitality staff taken at the event: 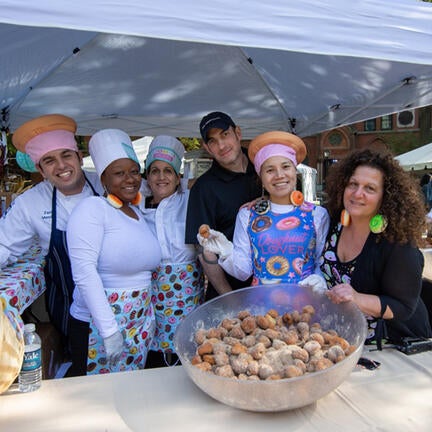 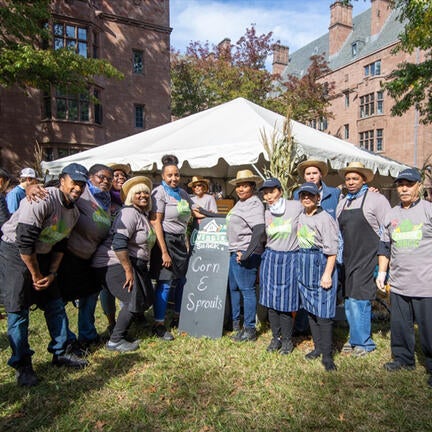 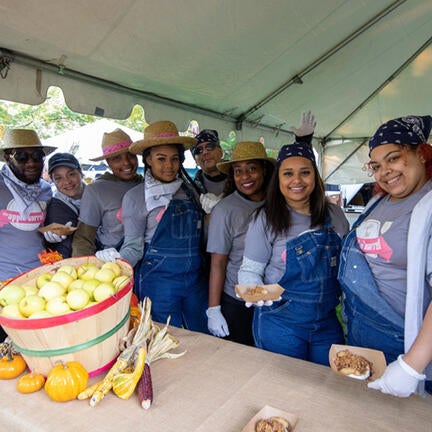 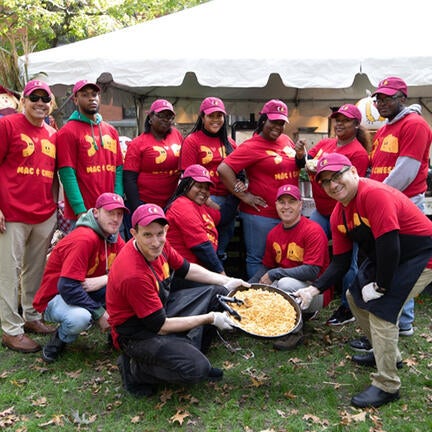 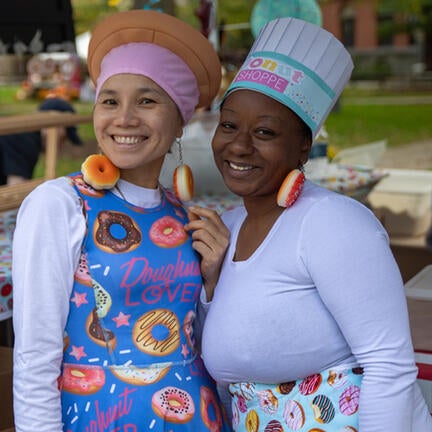 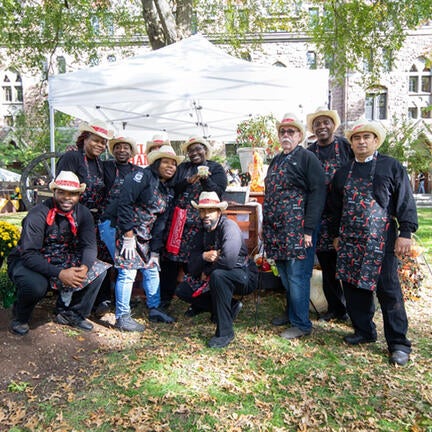 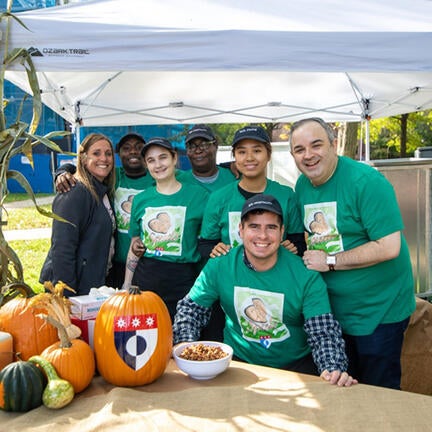 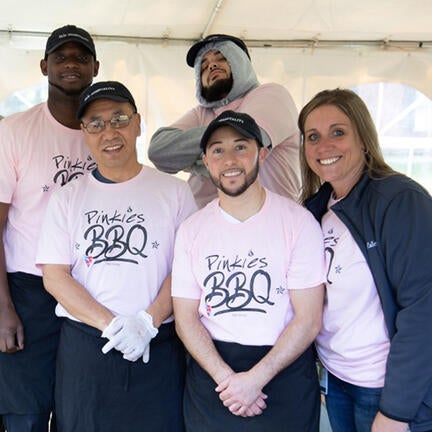 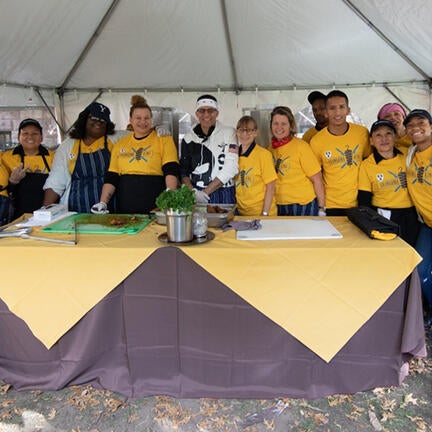 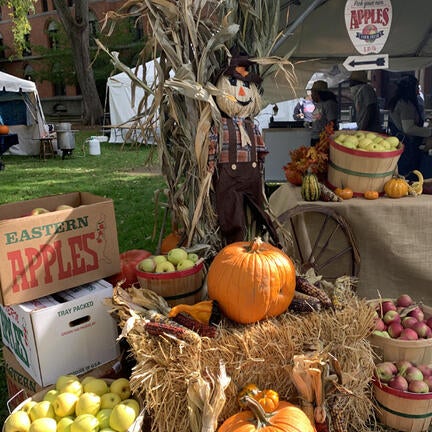 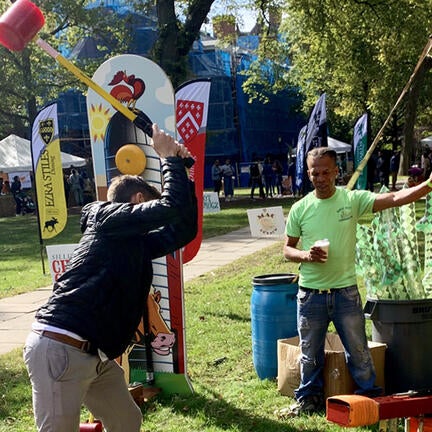 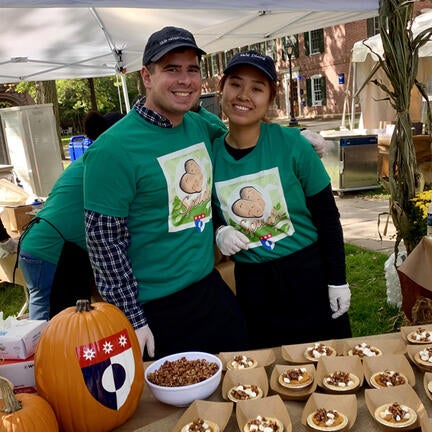