The Thunder Brunch, held on Saturday, November 9, is an annual event that dates back from 2008, and is one of the most anticipated meals among “Berkeley-ites.” Named for the College’s mascot, a Thundercock, Thunder Brunch is renowned for its gastronomic excess. For 2019, Chef Dave Brooks wanted to preserve the integrity of the past yet have the recipes reflect Yale Hospitality’s current initiatives of plant-forward, sustainable, and seasonal as showcased by an impressive Carvery of Roasted Fall Vegetables served with Vegan Demiglace. There were some indulgences, such as Spanish Serrano Ham hand-carved expertly by Donna Ruggiero along with an accompanying Tapas Bar, Lobster Eggs Benedict with Tarragon Hollandaise, Churros with an Ancho Chile-Infused Maple Syrup, and a Custom Hot Chocolate Station with dairy or vegan whipped cream and shaved chocolate.

Was this event traditionally over the top? Most definitely; however, vegetables were featured in greater quantities than ever before. Pastries from local bakeries, Whole G and Lucibello’s, were balanced in equal measure by mountains of fresh fruit–persimmons, figs, dragon fruit, and golden kiwi.

Of note: Absent this year were disposables. Instead, brunch was served with glassware and on Berkeley branded china.

As the name implies, Thunder Brunch packed a powerful punch this year, turning heads and filling hungry stomachs in an inspired culinary display. This Herculean effort was made possible by the creative and dedicated Berkeley staff, along with crucial assists from managers Gina Gentile and Elissa Jacknick from Grace Hopper, Yasser Ezzelden from Trumbull, and Sammy Feliciano from Timothy Dwight. 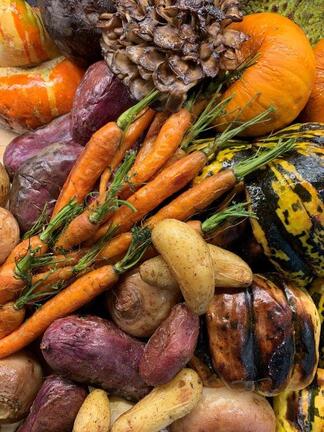 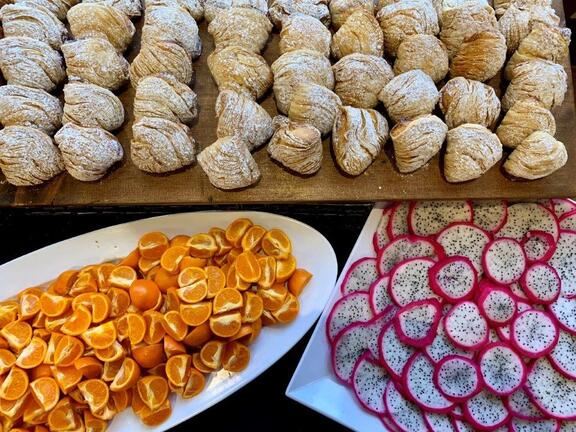 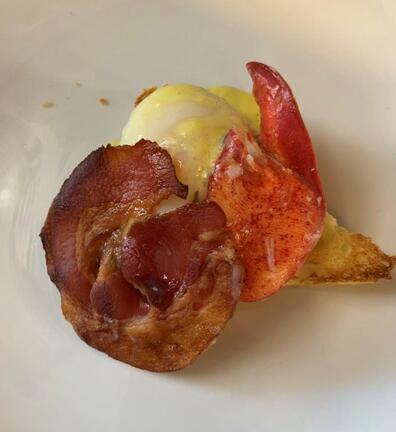 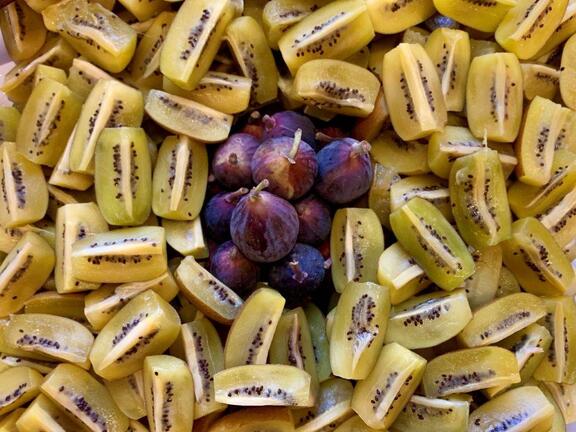 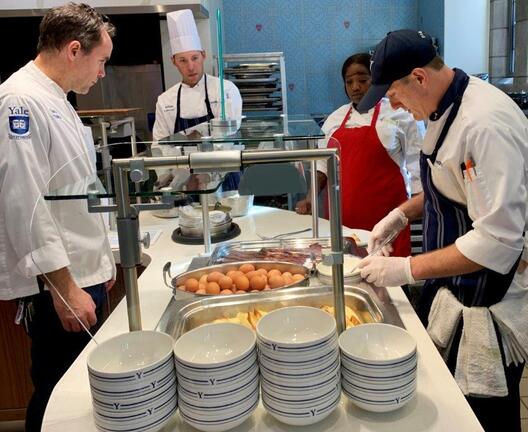 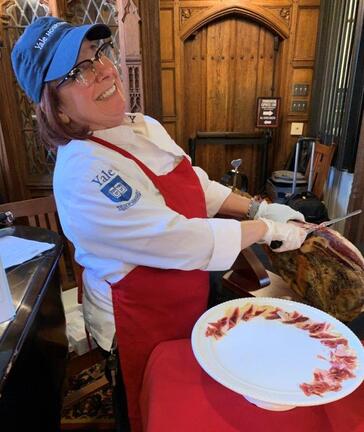 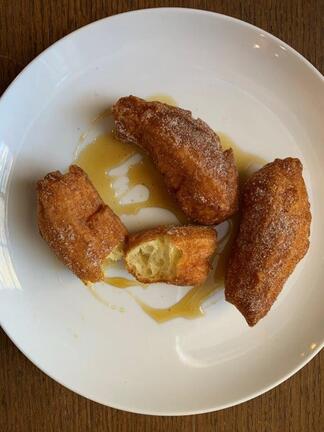