In July 2019, Yale ITS initiated a project to reduce the number of simultaneous network outages at the Health Campuses (The School of Medicine, School of Nursing, School of Public Health, and Yale Health), as well as stabilizing the data network. As of March 2020, these improvements were completed for a successful close of the project. 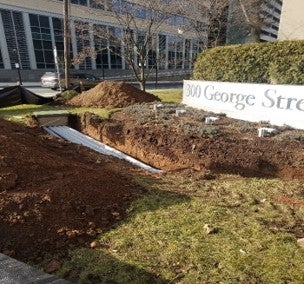 This success was achieved by upgrading targeted network equipment and foundational wiring at the Health Campuses. At an infrastructure level, fiber was pulled between buildings to diversify the data paths enabling immediate failover should one path break down.

Both wired and wireless networks were upgraded with new distribution switches. ITS replaced aging network hubs with state of the art Cisco hardware components to enhance and broaden network traffic monitoring.

These enhancements lay the foundational blocks needed to support the continued growth of the network infrastructure and the Next Generation Network (NGN) initiative which will provide better network performance and security.

This success couldn’t have been achieved without the work of many different departments, including Networking, Telecommunications, Desktop Support, Desktop Engineering, and Help Desks from both Yale ITS and YNHHS ITS. Many thanks to everyone involved in this project!