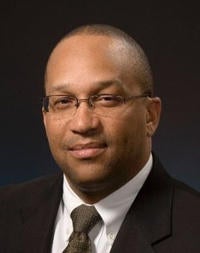 Mr. Mayes, who earned a B.S. degree from the University of Connecticut and an M.B.A. from the University of New Haven, has held a wide variety of leadership positions at Yale University since 1998. He began his career as a Software Developer and Project Manager at Southern New England Telecommunications corporation where, as a member of the IT organization, he developed databases, executive information solutions and served as a technology architect. Since arriving at Yale in 1994, John has held roles of increasing responsibility including Deputy Director of Internal Audit, Director of Procurement Systems and Electronic Commerce, AVP for Change Leadership & Communications, and Change Management Workstream Leader (for Yale’s Workday Implementation). In 2005, John became Yale’s first Chief Procurement Officer and served in that role until 2017, when he accepted his current role as Associate Vice President for Administration. As AVP for Administration, John is responsible for a full portfolio of Yale’s Administrative services including Travel, Fleet Management, Transit and Shuttle Bus Services, Graduate Student Housing Services, Mail Services, Relocation Services and Parking Services. John is passionate about diversity and inclusion work, campus sustainability initiatives and fundraising for the United Way of Greater New Haven.

Read the June 2011 Working@Yale Q&A for more about Mr. Mayes.