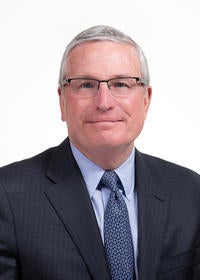 Mr. Callahan, who earned a B.A. at Yale in 1980 and an M.B.A. from the Amos Tuck School at Dartmouth in 1986, has held leadership positions at a number of major global organizations. He began his career as a consultant in the New York and London offices of McKinsey and Company. He then held roles of increasing responsibility at General Electric before moving to PepsiCo in 1996, where he served as its senior vice president of corporate strategy and development, senior vice president of investor relations, and chief financial officer for Frito Lay International. In 2006 he became chief financial officer and executive vice president of Dean Foods Company where he served until 2010. Most recently, Mr. Callahan was executive vice president and chief financial officer of S&P Global (formerly The McGraw-Hill Companies), in New York City. He was also a member of the board of directors of MetroPCS until it merged with T-Mobile and the Dallas Theater Center.