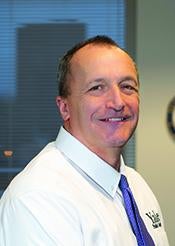 During his tenure, Danny restructured the department to provide for more interaction with Yale community members. He established the Residential College Officer program, assigning security officers to each of the fourteen residential colleges plus the residence halls of Old Campus. Security officers’ roles were transitioned from working predominantly inside of buildings and parking booths to becoming a highly visible team, traversing the entire campus interacting with and providing safety services for the Yale community in close partnership with the Yale Police Department.