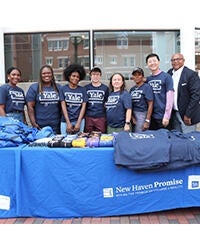 The 2021 New Haven Promise Internship season concluded on August 19th with a virtual end-of-summer celebration. The online event brought together managers and interns to share their thoughts and experiences.

Internship opportunities were dramatically affected by the COVID-19 pandemic in 2020, and the New Haven Hiring Initiative asked departments to think outside of the box and create remote internships. The support of the Yale departments over the last two summers allowed Promise Scholars to gain valuable work experience during an unprecedented time.

Over the summer, the New Haven Promise interns participated in professional development workshops like “Remote Workplace Standards” and “Resume & Cover Letter Writing.” Many interns also worked on special projects within their departments.

This summer, Gaston Neville and Martha May, the Yale HR Interns, learned a new technology (Gather Town) and enhanced their Microsoft skills. These skills were showcased through their intern project to create and host a fun-filled virtual community event for National Intern Day, July 29th.

Interns Max Behrendt and Zasha Rodriguez interned with Yale’s Divinity School Library. With the support of their manager Graziano Kratli, Digital Projects, and Technology Librarian, Max and Zasha were able to work on projects that would support their library skills as students. Graziano stated he wanted the interns to understand the work behind the scenes needed to curate the creation of resources to aid students attending the library.

August 16th’s end-of-summer celebration was highlighted by the return of Shirley-Ann Feliciano, Compliance and Crime Analyst with Yale Police. Shirley-Ann is a graduate of the University of New Haven with an MS and BS in Criminal Justice with a concentration in Crime Analysis and a  former New Haven Promise Scholar.  Shirley-Ann was recently hired through one of the NHHI’s career pathways after reconnecting with Miriam Olivares, her former internship manager at Yale University Library. In her address to the New Haven Promise interns, Shirley-Ann shared best practices for getting the most out of their internships, effective ways to network, and leverage relationships formed through their internship experience. 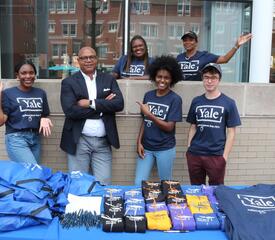 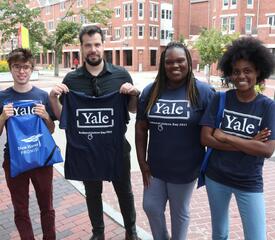 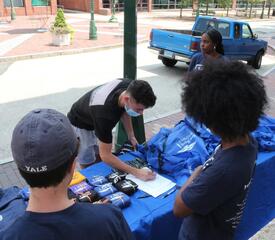 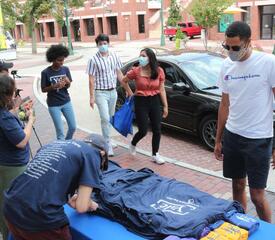 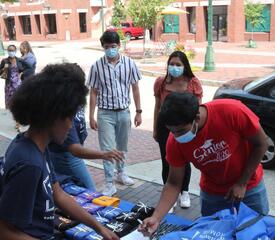 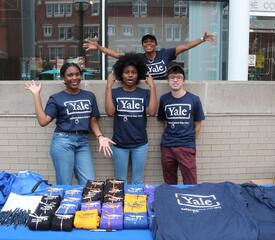 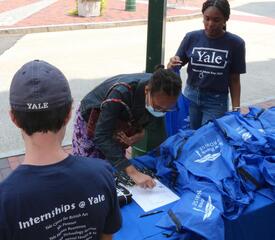 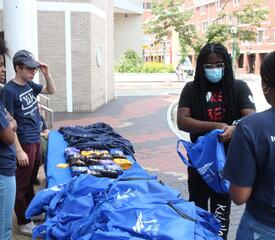