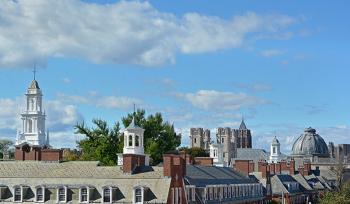 The report of the Committee to Establish Principles on Renaming — offering clear guidelines on university decisions to remove a historical name from a campus building, space, or structure — has been approved by President Peter Salovey and Yale’s trustees.

“Questions of naming and commemoration raise difficult but important discussions,” wrote Salovey in an email to the Yale community. “These are complicated intellectual and moral issues faced by universities and other institutions around the world. From the outset, I have sought for Yale to bring its scholarly resources to bear on this subject of national and international import. My hope is that the principles announced today will prove useful not only to our community but to others as well.”  Read more in YaleNews.